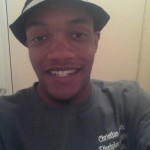 Jordan “JD” White saw something he didn’t like and decided to do something about it in the fall of 2015. “Seeing the divisions that we have, and my generation becoming less connected or being too busy for God, I saw that we have a problem.”

With the help of his friends from committees, church camp and school, he came up with a plan based on his study of the history of the denomination. He instituted the #DOCWeAreOne hashtag.

“I saw this as a fun way to go back to our mission statement,” White said. He is a member of East Second Street Christian in Lexington and a member of the Kentucky Christian Missionary Convention Executive Youth Committee.

Through social media, he encouraged people to take selfies in either red clothing or in Disciple gear and post them with the hashtag #DOCWeAreOne.

With White’s permission and support, Communication Ministries is taking his idea and running with it. But, you may ask, where do you get Disciple gear if your own congregation hasn’t printed up T-shirts? And when could you light up Facebook together? Or how could this give you an opportunity to talk about the next General Assembly? 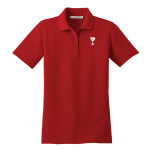 Communication Ministries is partnering with a vendor to offer a variety of shirts on an ongoing basis along with a “shirt of the month.” The first two weeks of each month, orders will be taken online. The shirts will be produced the third week of the month and shipped the fourth week. By doing the orders in bulk, it keeps the set up cost minimal. If you do a number of shirts in a single

order, it will keep the per-shirt shipping cost more reasonable. Ten percent of

the price of every shirt will go to Disciples Mission Fund. If you want to customize your shirt order to include your congregation’s name, you can do that, too, by contacting the vendor and using the code DOC2016.

As for lighting up the social media world with red and 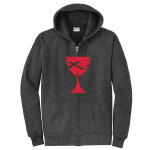 with chalices, we are shooting for every fifth Sunday, beginning with July 31, 2016 and continuing with Oct. 30 and Jan. 29 and April 30 in 2017. (But don’t feel like you have to wait! A giant selfie of your regional assembly attendees all in red would be fantastic!)

And God’s timing is good … about the time White came up with his idea, the moderators of the General 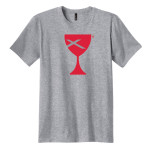 Assembly chose “One” as the theme of the 2017 General Assembly. What better time to talk about the assembly – the time when we come together as one expression of Church? And this assembly will be packed with special events from the election of a new general minister and president to hearing about Mission First! and possible new models for meeting together.

You can also order chalice stickers and Discover the Disciples brochures online.

Sign up for one (or more) newsletters tailored to your interests!