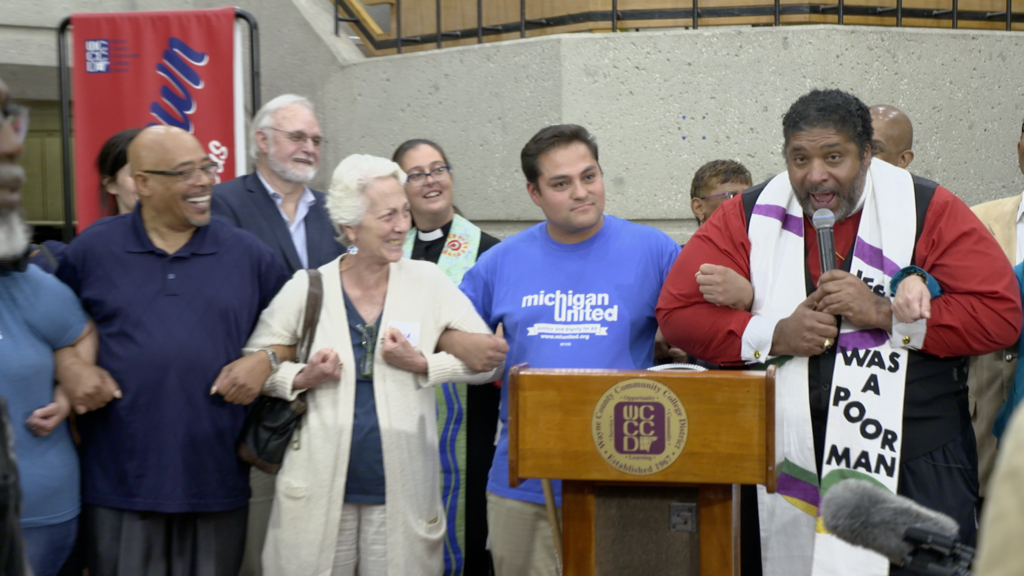 The Poor People’s Campaign led by Rev. Dr. William Barber, III (far right in the image above) is gaining traction. With articles in both The Christian Century and The Guardian, as well as other outlets, the call for moral revival is highlighting the reality of many living on the margins. The campaign calls for healing of heal the deep wounds of racism, militarism, and poverty. The 2017 General Assembly adopted a resolution (GA 1740) in support of this campaign. If you would like to get regular updates or participate, the next listed event in the current 15-state cross country tour is Nov. 6 in Seattle followed by an event in Birmingham, AL on Nov. 19. Find out more from the Poor People’s Campaign website.