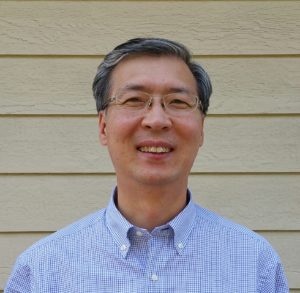 Rev. Chung Seong Kim has been appointed as Interim Executive Pastor of the North American Pacific/Asian Disciples. The appointment was made by the Board of Directors of NAPAD at its teleconference on June 29, 2016, upon a search committee’s recommendation. Before his appointment, Rev. Kim served various congregations, most recently as Senior Pastor of Good Neighbor Christian Church in Johns Creek, GA, which he had founded. He has also been active in ecumenical and regional work, having served the Korean Ecumenical Peace Network in North America, as general secretary, and the Commission on Ministry of the Georgia Region, as a member. Rev. Kim holds an MDiv from McCormick Theological Seminary, an MA from Seoul National University Graduate School, and a BA from Seoul National University. The interim period runs from July 11, 2016, to the 20th Biennial Convocation in August 2018, after which the position will transition into that of the regular Executive Pastor, to which Rev. Kim will be invited to apply.