A journey of ten years and fourth months 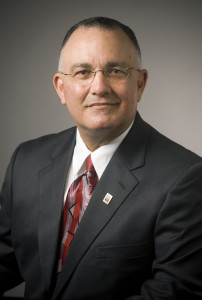 Memories, histories, difficult people, nice and creative people, front-store church, nesting church, owned church, singing, crying, worshiping, praying, writing reports, giving reports, General Assemblies, Regional Assemblies, Hispanic and Bilingual Fellowship Assemblies, General Board meetings, Cabinet meetings, Pastoral Table meetings, Justice Table meetings, Pastors meetings, Pastoral Couples Retreats, Boundary Training workshops (as a presenter and attendee), joys, sorrows, sleeping like a log, not being able to sleep at all, hallway conversations, being accepted, being rejected, being ignored, being alone, being in good company, workshops, retreats, eating at homes, eating at restaurants, eating at the airport, buildings, protesting in favor of a just immigration reform, meetings (long, short, challenging, and difficult ones), airports, gates, stuck at the airport for two days, hotels that give the impression of being at home, and sleeping at homes and having the impression of being at a hotel, people, people, people and so, so.

What lies behind me is rich, powerful, is a sown seed waiting to grow. All these experiences as National Pastor worked for good, because they were part of the will of God in character formation and discipline development. Approaching the retirement day is great, is mixed feelings, but also it is part of the life in ministry and call to be a servant. What is much better is what lies before me. It is a future, it is something promising, and I am eager to embrace it. Many times I wondered if Jesus was ever in a meeting as we have them today.

He was around people, listening and receiving them, healing, teaching and giving nicknames to his disciples like sons of thunderstorm or Peter the Rock.

The question to the ones approaching retirement is: What are you going to do? My response is the same since the beginning of my journey in ministry: preaching, praying, studying, reading, being a resource to others, being blessed and a blessing to others, having fun, taking photos, having a great espresso-double shot, giving workshops, and all of course at a slow pace. Going over my buckle list, honey do things list. Being around people.

The other question is: Where are you going to live? My response is, close to my son, daughters, and grandkids. All these years calling from my phone, face-timing, and skype calls will be turning into a close encounter, and still doing the face-time.

The unity of the Trinity up there in heaven is the one that creates the diversity down here on earth.

It has been and honor and a privilege to serve and to be a minister in the Christian Church (Disciples of Christ). It has been a blessing to be the pastor of an immigrant Disciple’s community.