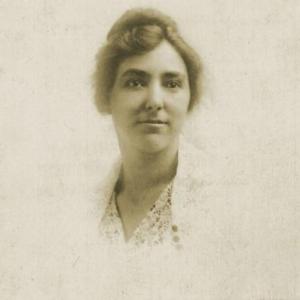 Disciples Women is celebrating its 145th birthday in 2019. This is a celebration marking Oct. 21, 1874, as the day the Caroline Neville Pearre organized the women to address the mission and ministry that was then lacking in the church. Convicted during her prayer time in April of that year she recognized her call to initiate the Christian Women’s Board of Missions (CWBM) that would be organized and managed exclusively by women. One supporter described the CWBM has knowing no distinction between home and foreign missions –its field was the world.

Since then Disciples Women have been organizing and advocating to serve the needs of God’s people across time, culture and geography.

In 1886, a group of women in St. Louis, recognizing a need to assist poor and orphaned children, and led by Mattie Younkin, began what is now the National Benevolent Association, the social services ministry of the church.

In 1895, A.M Atkinson, husband of Nancy E. Atkinson, a founding member of the Christian Women’s Board of Missions, received a telegram informing him of the passing of the beloved minister and former governor of Indiana, Ira J. Chase, who left a nearly blind widow and several children with no means of support. He set out to raise a fund to provide for this family and received enough to purchase a home which Mrs. Chase graciously received, provided $1,000 was returned to the fund from the sale of the home upon her death. This was the birth of what is now the Pension Fund.

Sarah Lue Bostick was a field worker for the Christian Women’s Board of Missions and the National Christian Missionary Society and became one of the first African American women to be ordained to Christian ministry in the late 19th century.

During the 1890s, Hispanic women in Texas began to organize within congregations and later began networking across congregations and regions. In the 1970s with preparation of materials in Spanish and a growing desire to connect throughout the diversity of the church the relationship has grown. Hispanic women have always had representation on the IDWM Cabinet.

The CWBM joined with interdenominational churches to provide the first college for women in Central China. Ginling College in Nanjing became one of the most influential schools for higher learning among women in China. A Disciples woman, Minnie Vautrin, became a legendary heroine for her efforts to save the women at the school during the Japanese invasion.

Joining provinces of Canada and the organized states of the United States in cooperative work, the women formed the International Christian Women’s Fellowship in 1953.

Late in the 20th century, Asian women began to network and organize. Even prior to this organizing work, Asian women, like Maureen Osuga, served on the IDWM cabinet.

The work of many has been celebrated across the last 145 years and Disciples Women in the United States and Canada continue to find their voices and live out their call today.