It happened at a run-of-the-mill meeting of the general ministry leaders. Rev. Pat Donahoo was reporting on the emphasis Disciples Women have been putting on human trafficking and some of the horrific facts surrounding the plight of people caught in the many forms of forced labor, fraudulent contracts and outright slavery.

“I was horrified and convicted to action,” said Rev. Gary Kidwell, president of the Christian Church Foundation. “I invited Pat to meet with our board of directors and make a presentation on human trafficking and how Disciples can provide care for victims and advocate for systemic changes that will end this unbelievable inhumanity. The Foundation became a co-sponsor of the CocoaAction initiative to combat child slave labor in the cocoa industry and Pat and I continue to advocate for the Trafficking Survivors Act—bipartisan legislation which would allow victims of human trafficking to clear federal convictions.” 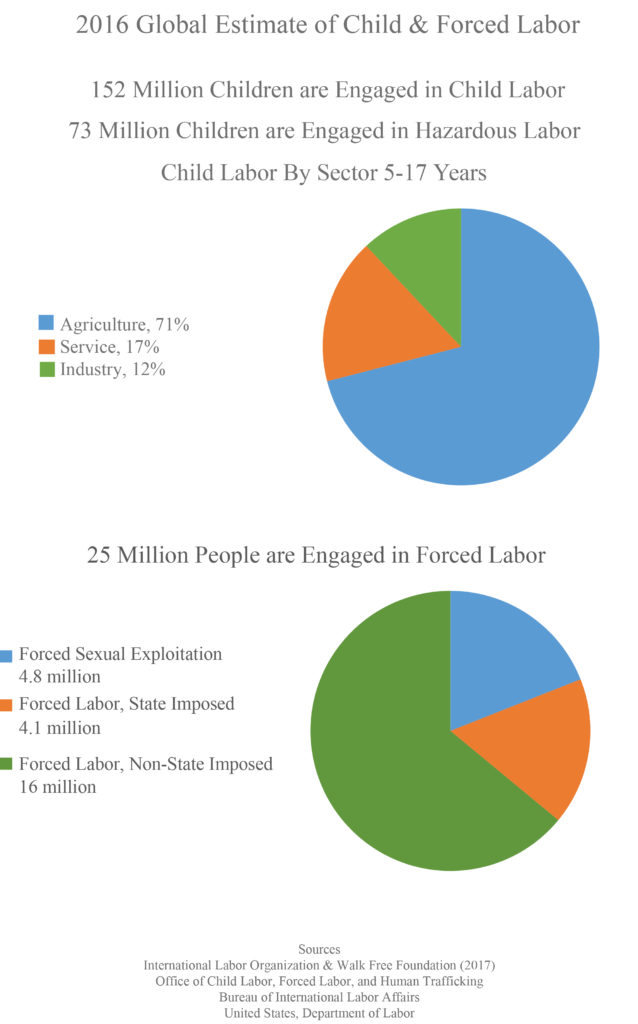 Around the world there are currently 152 million children engaged in child labor, 73 million engaged in hazardous labor and 25 million people engaged in forced labor.

In March, the U.S. Senate passed the Stop Enabling Sex Traffickers Act (SESTA) in a major victory for efforts to stop human trafficking and mandated updates to rules about online platforms that knowingly promote trafficking.

But there are also millions of people made into virtual slaves through unscrupulous labor brokers who charge fees for jobs, take away laborers’ documents and restrict the laborer’s freedoms. This has led the Foundation and other faith-based investors to engage companies to challenge their labor recruitment with a “no fees” policy. Companies like Dean Foods and Hershey are beginning to integrate more ethical practices as a result. In just the last year the number of companies has grown from 25 to 48.

“Through engagement with corporate and governmental entities we can make a difference and do impactful work for justice,” Kidwell says.