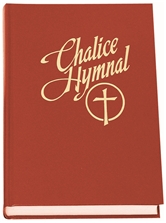 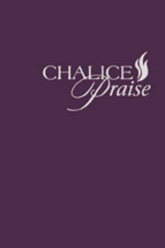 The final printing of Chalice Hymnal, Chalice Praise, and related music resources will occur in early 2019.

A traditional hymnal with 620 songs and readings plus 75 pages of worship resources, Chalice Hymnal was released in 1995. Chalice Praise, a smaller hymnal of contemporary Christian music with almost 200 entries, debuted in 2003.

“We know Disciples have heard an announcement like this before regarding Chalice Hymnal,” says CBP President Brad Lyons, referring to a similar 2011 announcement. “A few years later, we determined there was enough interest to do an additional printing in 2015 and smaller runs more recently. However, the cost of printing and storing Chalice Hymnal continues to increase, and the volume of copies purchased is gradually decreasing. From an economic point of view, this is the time to make one last print run. The same applies to Chalice Praise and the related books like the large-print versions, all of which use a special paper that is increasingly hard to find for print quantities we are considering.

“This will be the last printing of these cherished resources.”

Congregations can pre-order Chalice Hymnal, Chalice Praise, and related large-print and spiral-bound books through February 28, 2019, only at ChalicePress.com. Orders will be delivered in approximately May, depending on the availability of paper and press schedules. Payment will be due when the books ship.

“Every pre-ordered Chalice Hymnal or Chalice Praise will be delivered,” Lyons said. “Beyond that, additional copies may be available, but once those supplies are sold, we will close the books on the most successful hymnal in denominational history.”

Chalice Hymnal was created as a joint project of CBP and what is now Disciples Home Missions. CBP and DHM are exploring the possibilities of a new hymnal with many different possibilities and potential partners on the table. However, no direction has yet been identified on how a future hymnal might be created and produced.

“One common question about Chalice Hymnal is whether a digital version can be produced,” Lyons said. “Because Chalice Hymnal was produced before digital rights were commonly acquired, CBP does not have the permissions needed to produce a digital version. We explored the possibility a few years ago, and it is not economically feasible to go back and acquire those rights now, a quarter-century later. A digital version would certainly be a key ingredient in future hymnal conversations.”

Disciples congregations and previous purchasers will be notified by mailings soon about the final opportunity to order copies, ensuring they can continue using the Chalice music resources for years to come.