By the Rev. Teresa Hord Owens 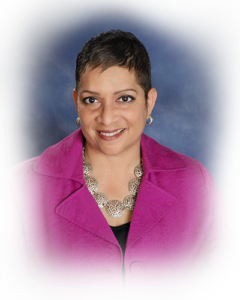 As I prepared to speak at the 2019 Greater Kansas City Martin Luther King, Jr. Interfaith Service hosted at Community Christian Church, I saw the news and ensuing controversy of the conflict on the very steps the Rev. Dr. King spoke during the 1963 March on Washington.

The juxtaposition of the conflict between Catholic school students, Native Americans and a group identifying themselves as the Hebrew Israelites at the Lincoln Memorial with King’s legacy took me not to the words of his famous dream but rather his reminder from his final Christmas sermon that we “are all caught in an inescapable network of mutuality, tied into a single garment of destiny.” His message from that sermon is all the more important for us to remember in the midst of this time of national discord and animosity.

The structure of the universe and the systems built by man, King argued, mean that our actions affect all those around us, whether we attend a private school in Kentucky or grew up in a tribal home in Nebraska.

This mutuality extends from civil rights and economic opportunity to the environment. The fires in California impact the rest of us as smoke and toxins travel across the country. Decisions made in Minnesota impact those living downriver in the Gulf at the Mississippi River Delta. The policy decisions made on Capitol Hill about climate change impact the economic opportunity, health and quality of life of people across the country – even if elected officials refuse to believe in climate change’s existence.

Fifty years after he launched the Poor People’s Campaign, King would be angered but not surprised that the people most impacted by environmental injustice and climate change are communities of color and low-income communities. He knew that for too many in our country, the actions of others and institutions built on racism and inequity do more to determine the quality of life for people than their own choices and desires.

It’s racism and inequity that’s compounded by the 35-day government shutdown in which nearly all of the Environmental Protection Agency’s pollution inspectors and employees responsible for monitoring environmental law compliance were furloughed.

Pipelines, coal-fired plants and other environmental hazards are more likely to be built or left near communities of color and poor communities, including First Nations, Native American and Alaskan Native communities, dramatically impacting their health and quality of life. A year ago, for example, just over the state line from where I reside in Calumet City, Illinois, the Environmental Protection Agency found that East Chicago, Indiana, failed to evaluate or mitigate hazards before beginning construction on a public housing project on an EPA-designated toxic Superfund site.

Not only were people being displaced because of the toxicity in their neighborhood, but this was a public housing project, serving lower-income families. These are families whose choices were limited to begin with because of their income. No one cared enough that these families in a predominantly black community were being exposed to a toxic dump.

The Rev. Dr. William Barber II, a colleague of mine in the Christian Church (Disciples of Christ) who is continuing King’s work through the Poor People’s Campaign: A National Call for Moral Revival, spoke last year in Belews Creek, North Carolina. The New York Times describes Belews Creek as “a predominantly black community in a predominantly white county that resides in the shadow of the Belews Creek Steam Station, a coal-fired power plant.”

Noting the interrelationship between the quality of life for communities like Belews Creek and the choices made by people in power impacting the environment, the Rev. Barber, said, “Jesus said ‘love your neighbor.’ I don’t care how many times you tell me you love me, if you put coal ash in my water you don’t love me. Because if there was nothing wrong with the coal ash, then put it in the wealthy communities.”

The poorest and most oppressed among us should not continue to bear the risk and consequences of the decisions of those in power. King often said, “a threat to justice anywhere is a threat to justice everywhere.” Our work to end the threat of injustice as he dedicated his life to doing must include working for environmental justice. If we cease to care for all of God’s creation – both human and nature – we will soon all pay a price that none of us can afford – a price too many are already paying.